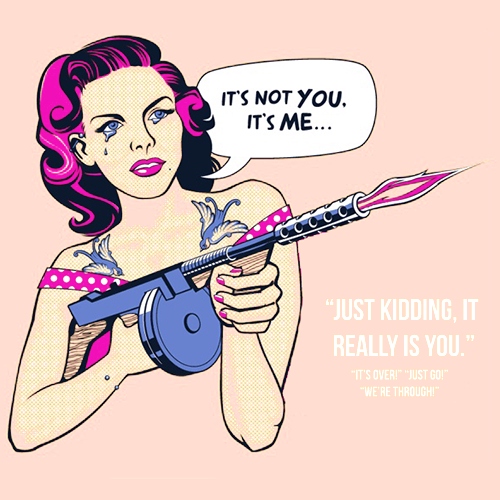 I have never been a good breaker-upper.

On those rare occasions where I hung around long enough to necessitate a break-up,

And not go ghost,

I really wasn’t a breaker-upper,

But just found myself engaging in behavior that became increasingly so avoidance annoying that the other person would eventually dump me instead.

Not some of my finer moments,

I did mature to the point where I ceased such avoidance behavior,

And initiated the break-up …

When I felt one was in need.

I thought I might go with the “It’s me, not you” diatribe,

Which was something I did have familiarity using.

I would use the same words I had used in the past,

But in a slightly different order,

I had been on the krappy end of this abusive relationship for far too long,

And I was going to entertain myself some during its final moments.

Knowing how I could end the break-up conversation quickly by just muttering a few simple words,

But instead deliberately refusing to utter those words,

While drawing out the break-up,

And they knew I was drawing it out.

Intentionally making them go through the motions of acknowledging a need for their improvement,

Change in their behavior.

Then receiving promises from them of gifts, presents, and accommodations along the way.

These acts worked for them in the past,

To keep me around.

But this time I knew …

That I was fine accepting my life was going to change because of this break-up,

While feeling a bit odd until a new routine was established,

This relationship was over,

And I was so looking forward to it.

So I picked up my phone,

I thought as the phone was answered and their …

Epilogue: I cut the programming cord with Comcast in January 2015. It took me about 36 hours to forget them. I still have Comcast for broadband, though that is coming to an end soon as we have a new source in my hometown pulling the fiber as I punch this post. I still view lots of programming through Netflix, Amazon Prime, and Hulu (on occasion) and mainly binge watch things now. I read a great deal more and listen to many, many podcasts.

Also, apologies in advance to those that think I am making light of domestic violence by the prose used in this post. That was not my intent, but I understand the concern and is why I sat on this post for two years. Heck, I probably wouldn’t have even posted it today except I had to deal with Comcast yesterday helping at my brother’s new place and it was just a reminder how awful they are. My apologies to anyone offended by the analogy.

And phuck you, Comcast. 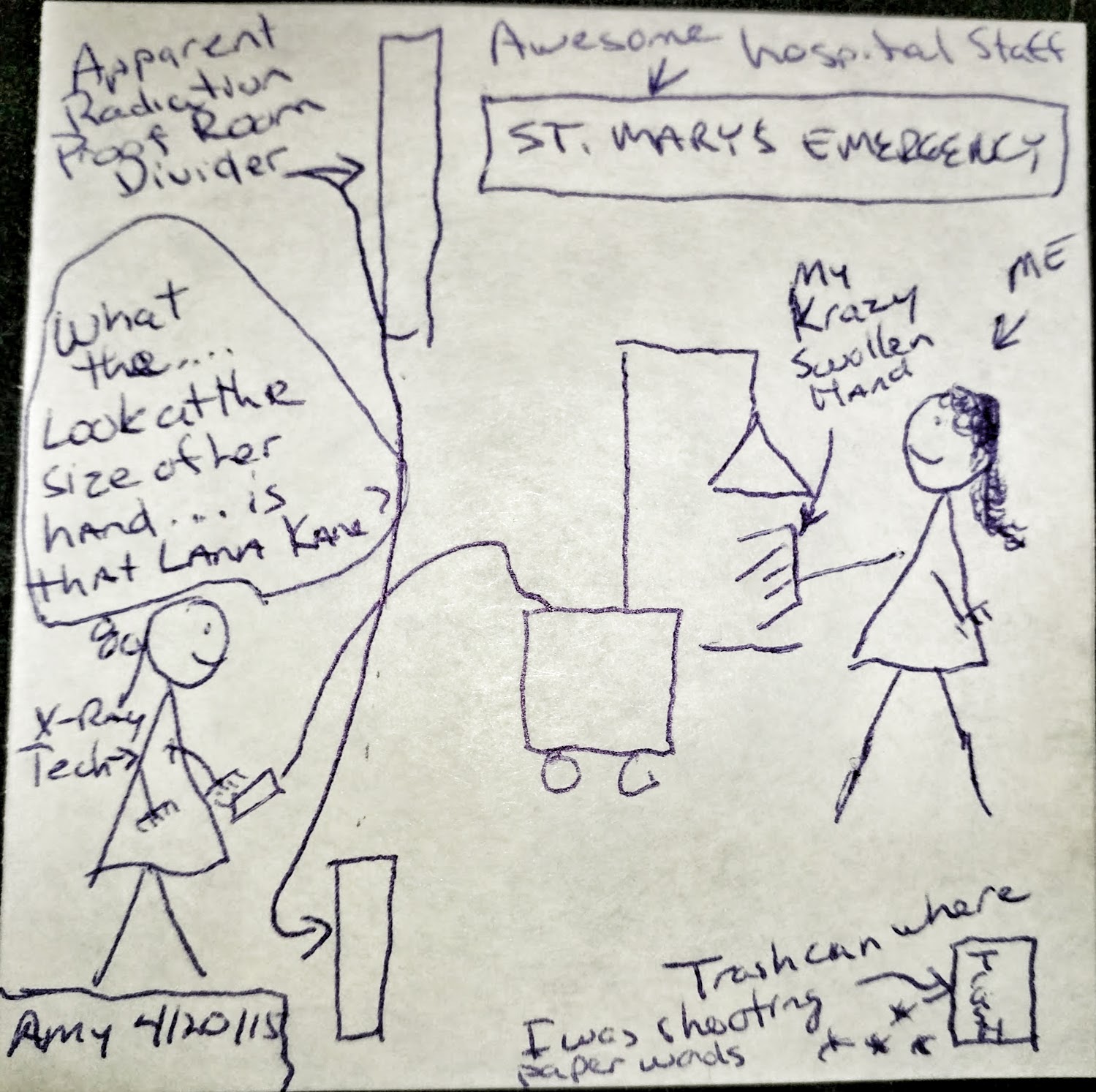