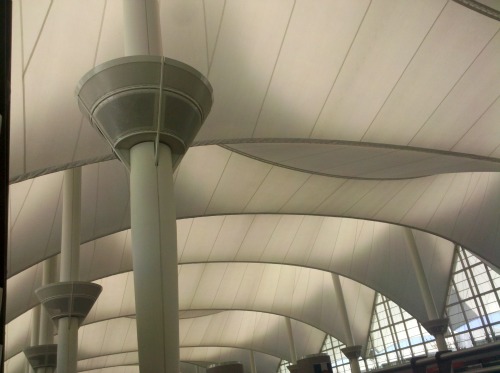 I totally dig the State of Colorado.

Likewise, I absolutely love the City of Denver.

However, when it comes to the Denver International Airport (DEN) …

It’s not the people there that have caused my disdain,

They are always pleasant as one could be in such an environment.

Likewise, it’s not the John Holmes, phreakishly long lines at the security checkpoint.

Annoying, yes, but they move faster than one would expect.

(Tip – if you are flying Frontier out of A Terminal, take the Bridge to A, the wait for security there is not bad at all.)

It’s not even the irksome flight schedules one has to deal with when flying home on a west to east trajectory which require you to be at DEN for an early flight shortly after the bars close the previous day,

Or for the late flight,

A few minutes before midnight the next day.

Heck, one would think I would love DEN because of the whole alien conspiracy story thing it has going,

Not to mention the civic pride I have because it was my hometown peeps that were brought in to solve their original baggage delivery system dork-up when the airport was first built.

A little bit of my issue with DEN is because I think associating it with Denver is a bit misleading considering it was built so far from Denver that it is actually in Utah.

Though I do suspect the real source for the sore spot I have for DEN is because of the fake Rocky Mountain snow tops positioned above the terminal,

Whenever I see them …

It might be because when I do see them …

The first thing I think of is …

Which does not inspire aviation confidence in one,

At least not in this one.

I mention this because …

The gods of Irony still do like to amuse themselves with the comings and goings in my life,

As I have spent more time in DEN waiting for flights,

Than  I have in every other airport of the world … 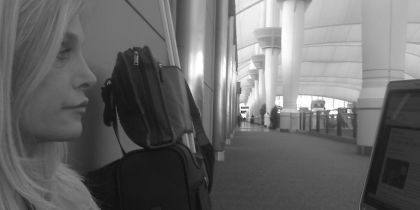 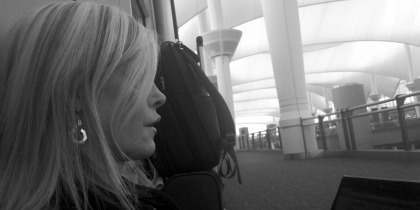 I will once again be spending a bunch of time in DEN,

Waiting for the late flight which leaves a few minutes before midnight the next day,

My friend TroopLeader and I are meeting up at DEN,

And going ghost hunting at The Stanley Hotel.

(I’m a complete wimp when it comes to such things, so I’m betting that I will end up spending every night sleeping in the rental car, too scared to stay in any of the rooms there.)

Though considering I’m going to be spending upwards of a day again at DEN in the near future,

At least Amynews.com will be getting some love.